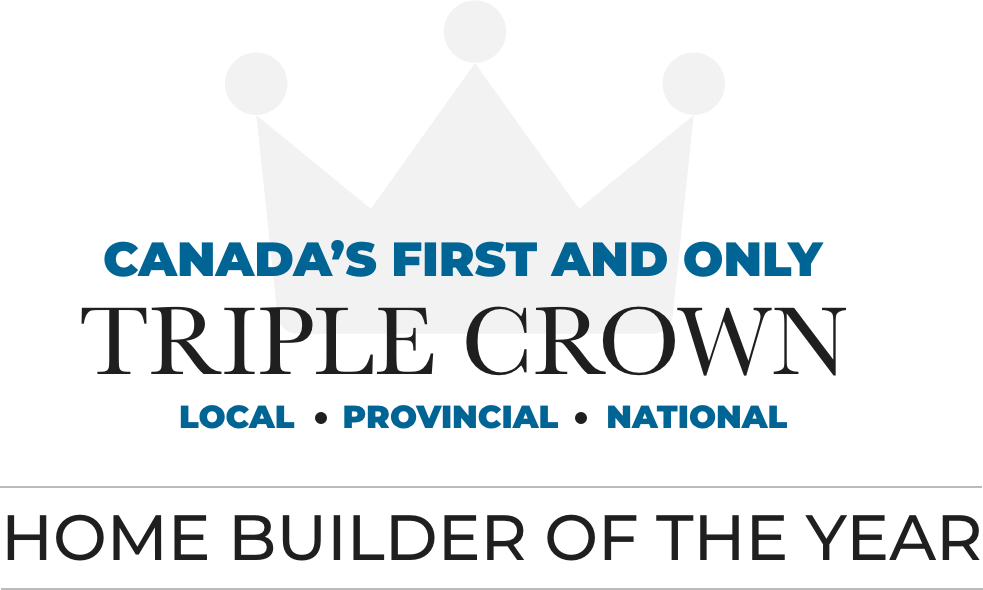 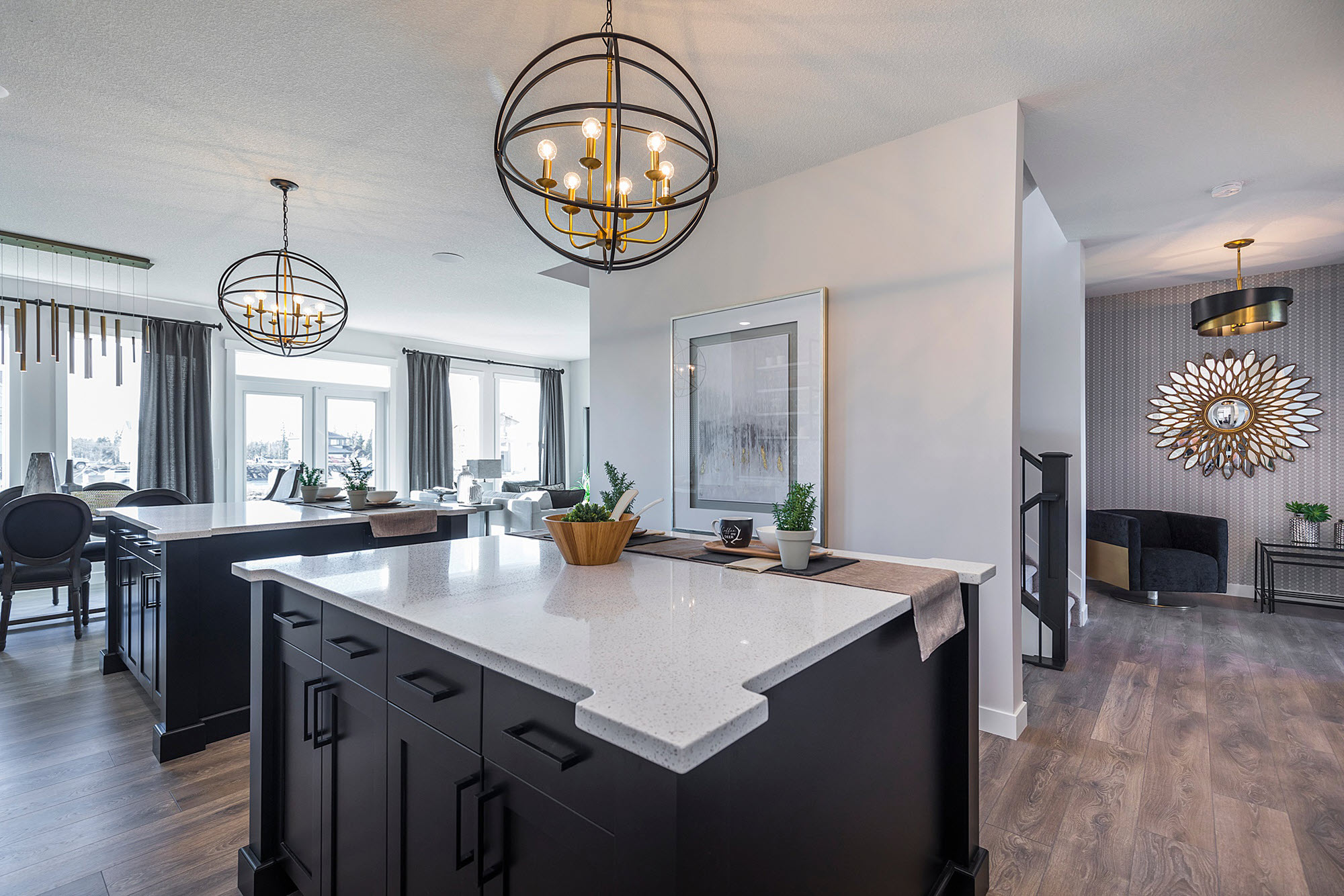 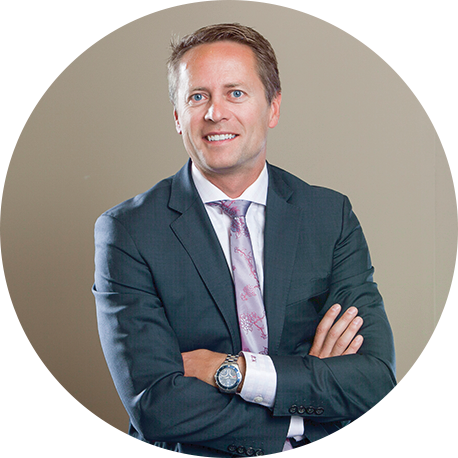 Congratulations on being elected national president; what does it mean to become the CHBA’s president on a national basis?

Becoming the CHBA National President comes after years of active involvement within the association, so that by the time you’re President you’re very well-versed in current issues affecting the residential construction industry. I’m no exception – after years of being active at the local association in here in Edmonton, I then became involved at the provincial level, and from there the national level. I’ve been a member of CHBA’s National Board of Directors for several years now, and in that time, I’ve been exposed to the large scope of work that CHBA is involved in on behalf of both the industry, and Canadians. As National President, I’ll continue to work with my fellow Board members to advance the priorities of the association. I’ll also have the opportunity to travel to various locations across Canada to meet with fellow industry leaders and share what CHBA is working on. It’s a unique opportunity to interact with our members from coast to coast. While many of the big issues impacting the industry are Canada-wide, each town and city has its own nuances and variations, and as a grassroots organization one of CHBA’s strengths is that those regional differences are recognized and addressed.

Similarly, what do you see as some of the national priorities and what do you hope you can achieve on these issues.

Housing affordability is always a priority for our association, and with the housing supply shortage we have in Canada driving up house prices, housing supply is a big issue right now, and that was recognized in the recent federal government’s budget. Canada has been chronically underbuilding for years, and we’ve all seen the impacts that lack of supply has had on home prices recently. New Federal initiatives like the Housing Accelerator Fund, which aims to get more market-rate housing supply built by incentivizing municipalities, will be important as we seek to increase housing starts.  The federal government has estimated that to overcome our housing supply deficit we need to double housing starts and build 3.5 million homes in the next ten years. To do it, though, we’ll need collaboration from municipalities, and we’ll also need to address the labour shortages in the residential construction industry that’s impacting both new home construction as well as renovations.

Also, do you have any of your own priorities you’d like to advance, and if so, what are they?

As National President, my responsibility is to help further the national priorities while representing the boots-on-the-ground members who are working hard to provide Canadians with the type of homes they need, at prices points they can afford, where they want to live. It’s CHBA’s mandate, and I think it’s extremely relevant these days.  But issues like housing affordability are near and dear to my heart, like they are to essentially all members of our association

Being from Edmonton, what perspective does that bring?

I have personally lived in Toronto, Vancouver, Winnipeg, Calgary, and Edmonton, and I honestly believe that Edmonton is THE best city in Canada overall.  We have a downtown on the move, concerts, an amazing river valley & trail system, and of course the “Alberta Advantage” when it comes to high wages and low taxes.  So, having that history, besides my Edmontonian pride, my perspective is somewhat naturally reflective of a national point of view.

Nationally, how is the home building industry doing Canada-wide, and what is its outlook going forward.

The industry had a busy year last year, with record-breaking housing starts in 2021. We’ll need many more years of that going forward. The pandemic brought with it many challenges, including building material shortages and unprecedented price increases, along with labour shortages. We also saw a surge in demand for home renovations as Canadians redefined what they needed out of their homes, as well as a surge of activity in new home construction. If we look at data coming out of CHBA’s most recent Housing Market Index, which is an industry sentiments indicator, builders are feeling very optimistic about the future right now. We’ll see if rising mortgage rates and continued labour challenges affect that going forward.

You mentioned housing affordability, not enough housing available, and rising mortgage rates – and while you did answer these issues individually – is this a tsunami that the housing industry is facing, and if so, as president, what are some of the moves you would look at making as CHBA president?

A lack of housing supply of all forms is a fundamental issue driving up house prices and reducing affordability.  And while increasing mortgage rates may slow down price growth, they will also reduce affordability as they make home financing more expensive, so demand-side measures aren’t the solution to affordability. The real priority for Canada—and this has now been stated in the federal budget—is to increase housing supply.  We’ll need all levels of government working together to make that happen. Getting more supply online is critical in the years to come to improve affordability, and will be a priority in terms of advocacy and action for the Association.

Locally, on an Edmonton basis, how is the home building industry doing here, and what does the outlook look like for Edmonton going forward.

Its impressive to know that Edmonton is considered 4th most affordable city in the world!   Builders are beginning to see interest and investment from outside the region.

I think the uncertainties that came with the pandemic are starting to level out for Edmonton, and we are all looking forward to a more stable environment going forward. Edmonton doesn’t have the same land scarcity that some other large cities do that are prevented from expanding due to water, mountains, or greenbelt, but it will still be important to increase density where we can, and to continue to build communities with a variety of housing types and good access to transit.

Are there any Edmonton issues that overlap or reach into the national scene? And if so, what role could Edmonton play?

Edmonton shares many of the same issues as the rest of the country. Our industry here has weathered the ebbs and flows of the market and is a big contributor to our economy locally, and provides nearly 28,000 jobs, $2 billion in wages, and $4 billion in economic investment in the city. Like many places in Canada, it will be important that we continue to deliver the right kind of housing supply to suit what Edmontonians are looking for so that there isn’t a supply and demand imbalance on any particular housing type. Ensuring that we continue to prioritize transit-oriented development will also be important, especially for rentals, entry-level homes, and housing in the urban core. Edmonton was also the first municipality in Canada to remove all parking minimums, allowing the industry to determine the right amount of parking for each project, promoting choice and flexibility

To wrap up, and add a bit of colour, how did you get started in the residential home building industry?

A while back (in the 90’s) I worked with motivational speaker, Anthony Robbins, in his franchise network.  While promoting his products, someone challenged me to put my money where my mouth was, and market a real estate project.  That was where I got bit by the real estate bug, and found I had a real passion for the industry.  Since then, I have been involved in moving in over 3600 Edmontonian families to their new homes!

Similarly, when you started out, what was your plan/goal and has it changed along the way?

When I started out, I remember first walking through a showhome and being just “wowed”, and I remember thinking how cool it was that someone could come up with these amazing looks and ideas.  Ultimately, I just wanted to be a part of that, and personally I was driven to find security for myself and my family in terms of a long -term career.

Once I was in the industry, my goal was to keep improving.  I ended up pursuing my MBA after I had already landed my dream job as a General Manager for a large building company.  My thinking was I need to bring something more to the job than just taking over the reins from my predecessor, so I worked to get the educational backing.   Overall, I think that has helped me in my overall management and decision making in my career.

And tell me a bit about Milestone, some its accomplishments, including guiding Milestone to become the first builder ever to win the Triple Crown of residential homebuilding awards in the same year.

Milestone’s key advantage lies in the fact that we evolved from two very distinct corporate cultures.  One recognized for the best customer service in the industry, and the other for award winning designs.   That foundation, along with our desire to focus on the “move-up” buyer, became a value -driven approach in our homes.  While Park Royal Homes, and Marcson Homes, are still separate entities, operationally our product mix, support, and warranty will incorporate the best features from each company as we move forward in the future.

Before Milestone, no builder had ever won the pinnacle industry award of “Builder of the Year” at the local awards, provincial awards, and the national awards all in the same year!  That award is judged by industry professionals and awarded by the Home Builders Association.  In order to win Builder of the Year, you have to excel in: design, construction quality, and, of course, customer satisfaction. So that recognition by far has been the most significant accomplishment so far for our group.

What are your plans for Milestone going forward, and what can we expect to see in both the near term and long term from Park Royal and Marcson Homes?

In 2022, we made a conscious effort to eliminate products that were aimed at the first-time buyer, as well as the full custom and one-off builds.  Our immediate focus is to be “Best in Class” for “Move-up” buyers by implementing high end scale of products and pre-planned options, while maintaining the value created by production building.

To be Edmonton’s most respected and preferred builder group, who maintains the best resale value, by exceeding customer expectations and taking pride in what we do.